In the first segment of the qualifying session, Jeb Burton spun the No. 43 Petty Motorsports Ford, but sustained only minor damage to the right rear of his car. 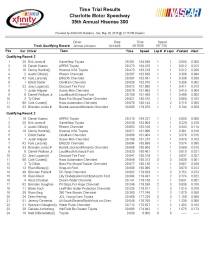 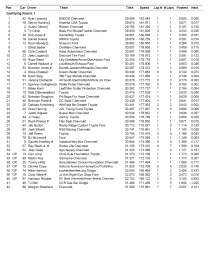