Kyle Busch has won a total of five races at Dover, including both races in 2014, while Joey Logano won four straight in both 2012 and 2013.

Here’s the preliminary entry list for the Ollie’s Bargain Outlet 200: 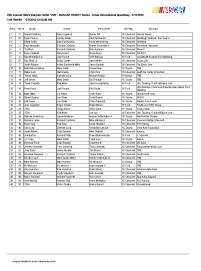