There is a full field of 40 cars entered for Sunday’s AAA 400 Drive For Autism NASCAR Sprint Cup Series race at Dover International Speedway.

All 40 drivers are in place to compete in what will be the 93rd Sprint Cup race to be held on the one-mile, high-banked concrete oval.

Jimmie Johnson has won a record 10 times at Dover, including last spring’s race. He’s also won three of the last five and seven of the last 14.

Kevin Harvick won last fall’s Chase race at Dover. And in a surprising twist, Johnson was eliminated from the Chase after that race, which was the last contest of the first round of the playoffs. 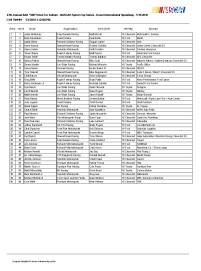