Peters gained two spots after earning his third top-10 finish of the season. Peters’ move into the points lead comes when his No. 17 truck for Red Horse Racing hasn’t had primary sponsorship for three of the season’s first four races.

Hemric, Crafton and race winner William Byron all gained five spots in the standings. Byron is now seventh behind Crafton.

The biggest gain in the standings was eight spots to 14th by Christopher Bell. Bell earned his best finish in four starts this season and his first top-five finish. 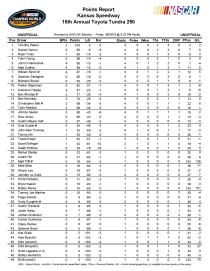 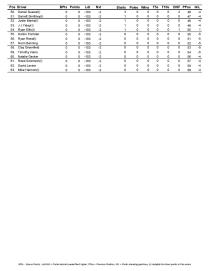