Among the 34 drivers who will attempt to qualify for the Camping World Truck Series’ Toyota Tundra 250 at Kansas Speedway is Clint Bowyer.

The native of Emporia, Kansas, will drive the No. 24 for GMS Racing. It will be just the second truck race Bowyer has competed in since 2011. His last truck race was at Pocono Raceway in 2011.

The HScott Motorsports driver has three wins in the Truck series with the last coming in Kansas in 2011.

Bowyer is the only Sprint Cup driver in the field. Two trucks, the No. 74 and No. 07, do not have drivers announced for them yet. 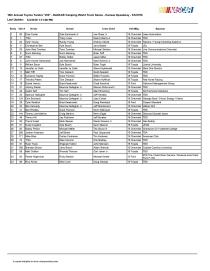