But instead of the likes of Daniel Suarez, Erik Jones or Kyle Busch atop the speed chart, it was Matt Tifft (181.168 mph) who took the pole for this afternoon’s Sparks Energy 300.

It was Tifft’s first pole in his six-race Xfinity Series career.

But have no fear, JGR fans, your other favorites (with the exception of Busch, who is sitting this race out) all performed well: Suarez (180.846 mph) qualified second, while Jones (180.366) was fourth.

In-between were Austin Dillon (180.506), who qualified third, and younger brother Ty Dillon (180.217), who will start today’s race from the fifth position.

Here’s the results of qualifying. The race will start this afternoon at 3 pm ET. 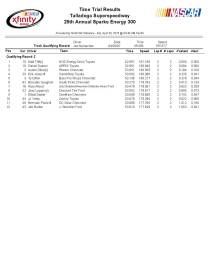 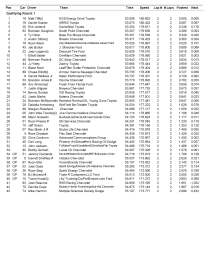