Busch, who had won two in a row before Edwards’ streak, held on for second, followed by Jimmie Johnson, Kasey Kahne and Kevin Harvick.

In his first start of 2016 after missing the first eight races with a back injury, Tony Stewart finished 19th. 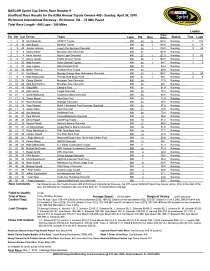