While 41 drivers are on the entry list, only 40 recorded practice times. The other driver, Michael Annett, spun on his first lap of practice on the backstretch and suffered extensive damage to the rear of his No. 46 Chevrolet.

“I just came off pit road trying to go out there in qualifying trim,” Annett said. “Not knowing what the weather is going to do later on, we wanted to lay down a lap and get us the best starting position we could if it does rain out qualifying.

“It’s unfortunate. I just feel like a rookie, it’s my third year in the Cup Series, and to do something like that you feel pretty stupid.”

The practice session was red flagged with just over 22 minutes left in the session when the rain began to inundate the track.

There will be two more practice sessions on Saturday, while Sprint Cup qualifying is still set for later Friday afternoon, providing the rain clears up by then.

Here’s how the abbreviated session played out: 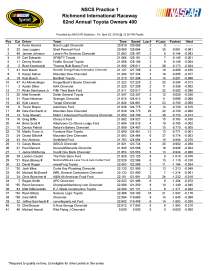 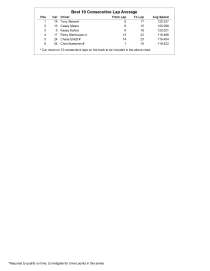