Despite a light rain early in the morning and chilly temperatures and heavy overcast skies, Kahne took to the half-mile bullring for 46 laps, earning the fastest speed on Lap 16 of 96.073 mph. Kahne was the only driver over 96 mph.

Brian Vickers also continued his own strong weekend performance, coming in with the fourth-fastest speed (95.661), followed by Paul Menard (95.636) and Dale Earnhardt Jr. (95.588).

The third and final practice session of the weekend will be held this afternoon from 1 to 1:50 p.m. ET. 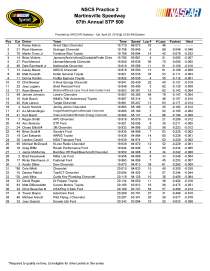 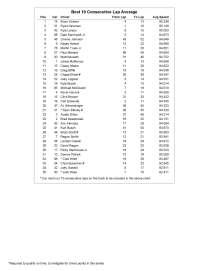