Logano won all three rounds of knockout qualifying. He now has his sights set on winning at NASCAR’s oldest track for the first time in his career on Sunday in the STP 500.

“It’s huge,” Logano told Fox Sports 1 of having the first spot on pit road. “We haven’t got the grandfather clock yet (for winning), but qualifying is something Todd (crew chief Todd Gordon), and I have wrapped our heads around and really understand what we have to do.

“Martinsville is the most important track to start up front. We’ve had a good season so far, but you want to break through and get some wins. This will help us get some momentum.

“Starting up front here is important for a lot of reasons. One’s the pit stall. Two is really staying out of trouble, so I’m excited about the race.”

Logano has been a master of qualifying at Martinsville. In addition to his third straight pole at this track (and the 15th of his Sprint Cup career), he also has prior starts of fourth, sixth, third and second.

“It feels good, the car was really fast,” Kahne said. “I just kept getting better with my laps. We didn’t make any adjustments.

“It was close. Joey just barely got us. But definitely it’s a good starting spot. That was one of my goals today.”

“I feel good about (Sunday’s race),” he said. “We had a top-10 here in the last race last year with the back-up car because I crashed it in qualifying.

“This car’s better than what our primary was last time. … I feel good what we have and we just have to work through it (in Saturday’s practice) and get it driving the best we can for long runs.” 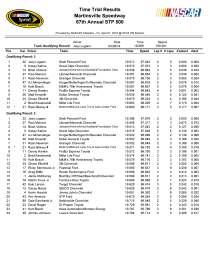 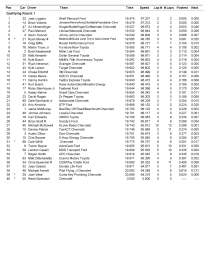