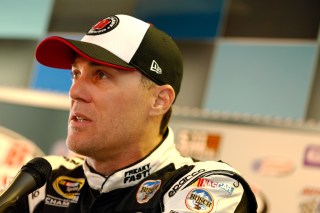 Nate Ryan’s analysis: Just as good as he has been since joining Stewart-Haas Racing, but the inability to close dominant performances is becoming a headache. That will loom larger the longer Harvick’s contract future remains cloudy.

Dustin Long’s analysis: Can he beat Jimmie Johnson head-to-head? In the last nine times they’ve finished first and second, Johnson won. Good news is this team has plenty of time to work toward rectifying that. 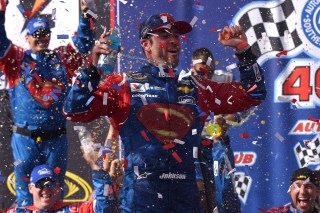 Nate Ryan’s analysis: This is the best the No. 48 Chevrolet has performed since its sixth championship. The downforce reduction suits Johnson, and crew chief Chad Knaus seems more comfortable with strategy than in years.

Dustin Long’s analysis: That Chad Knaus said last weekend he doesn’t feel the team is running as strong as what they need and already has two wins could be a scary proposition for foes. This is the fourth time Johnson has had two wins in the first five races. He won the title the other three times. 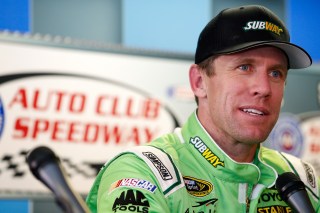 Nate Ryan’s analysis: He has improved with new crew chief Dave Rogers, but the sting from the runner-up finish at Phoenix will linger. Edwards still seems to be trying too hard in his second season with Joe Gibbs Racing, causing unforced errors.

Dustin Long’s analysis: Just missed making the final round last year in Miami, but is showing signs that the belongs there this year and doing it with a new crew chief. 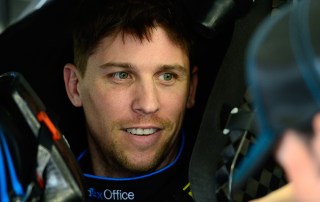 Nate Ryan’s analysis: He seems back on his game after a two-race blip following his Daytona 500 breakthrough victory. New crew chief Mike Wheeler, whom Hamlin immensely reveres, has a six-month jump on the playoffs.

Dustin Long’s analysis: Scored back-to-back third-place finishes heading into next weekend’s race at Martinsville Speedway, one of his best tracks. Could be the start of something big. 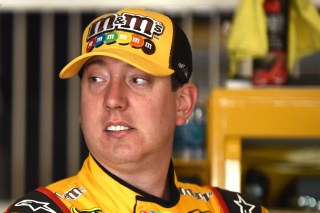 Nate Ryan’s analysis: Aside from finding victory lane, the defending series champion hasn’t lost a beat from last season. He actually seems faster, and he will enter Martinsville Speedway overdue for a win on a short track where he excels. 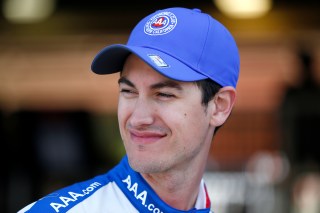 Nate Ryan’s analysis: All he needs is a win to start looking ahead to the playoffs with crew chief Todd Gordon. The speed of the No. 22 Ford is there, and Logano remains at the top of his game, even if he is angering his rivals.

Dustin Long’s analysis: Teammate Brad Keselowski showed one doesn’t have to have many friends to win a championship. Maybe this is the year for Logano to follow that. 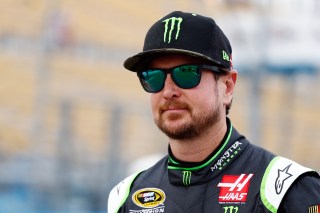 Nate Ryan’s analysis: The 30th at Fontana was unusually disappointing (just ask Dustin, who boldly predicted the No. 41 to win). Is it a portentous sign … or just a slight stumble after opening 2016 with two poles and four consecutive top 10s?

Dustin Long’s analysis: Yes, was shocked at his Fontana flameout. Have liked the speed of this car – at least until Fontana. 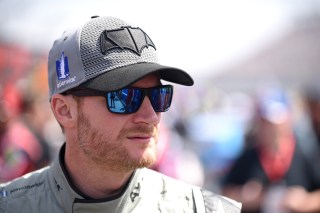 Nate Ryan’s analysis: Remove the Daytona 500 crash, and this is one of the strongest starts yet for NASCAR’s Most Popular Driver. He still needs another gear to reach teammate Jimmie Johnson’s level, but so do most drivers on the circuit.

Dustin Long’s analysis: Run through the field from the back at Phoenix was impressive and shows how well the car is handling. Qualifying performance is confounding. He’s failed failed to advance beyond the first round the past two events. 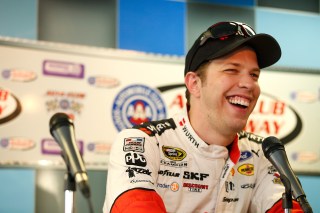 Nate Ryan’s analysis: The fire is back for the 2012 champion, who is aggressive on the track and outspoken away from it. That’s good for buttoned-up Team Penske, which needs Keselowski to embrace his wild child despite the contrast.

Dustin Long’s analysis: One area this team needs to improve is qualifying. Has started 14th or better just once in the first five races. 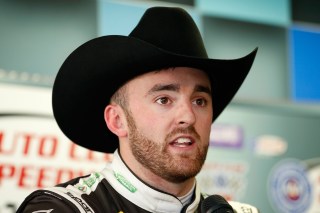 Nate Ryan’s analysis: The pole position at Fontana validated the progress for this third-year team, which opened the season with four finishes of 11th or better. With this consistency, Dillon could qualify for championship eligibility on points.

Dustin Long’s analysis: Showing speed. Now he and team have to keep up with the car’s performance and avoid mistakes to get the results they deserve each week.

Kevin Harvick didn’t have a flashy night Sunday in Las Vegas, but it didn’t keep him from retaining the No. 1 spot in this week’s NASCAR Power Rankings.

After winning the Bristol night race, Harvick finished in the top 10 in the first two stages in Vegas before placing 10th at race’s end.

Kurt Busch’s win at his home track vaulted him into the top 10 as 12 drivers received votes.

1. Kevin Harvick (Last week No. 1): In the last eight races he’s won three times and finished outside the top 10 only twice.

4. Denny Hamlin (Last week unranked): Left Vegas with a third-place finish to snap a three-race streak of finishing outside the top 10.

5. Kurt Busch (Last week unranked): Snapped a 46-race winless streak with his victory and advanced to the Round of 8.

7. Brad Keselowski (Last week No. 5): Finished 13th to give him two finishes outside the top 10 since he won at Richmond.

8. Joey Logano (Last week No. 3): Finished 14th for his second straight finish outside the top 10.

Citing “programming changes,” NASCAR announced shifts in the race dates and start times for its visit next month to Kansas Speedway.

The Xfinity, ARCA and Truck Series races have been shifted, while the Cup race remains at 2:30 p.m. ET Sunday, Oct. 18.

The biggest move is the Truck Series race shifting from Friday night to Saturday afternoon.

Here are the changes.

His victory Saturday at Las Vegas Motor Speedway gives him 57 playoff points and an automatic spot in the Round of 8.

Harrison Burton holds the final transfer spot. He has a two-point advantage over Ross Chastain.

Behind Chastain below the cutline are Michael Annett (-10 points), Riley Herbst (-14) and Brandon Brown (-20).

Below is the full Xfinity Series playoff standings going into Saturday’s race at Talladega (4:30 p.m. ET on NBCSN).

Drivers in red are below the cutline to advance. Drivers in yellow are in the remaining playoff spots.

Kurt Busch flipped the script on the Cup playoff standings with his win Sunday at Las Vegas Motor Speedway.

He entered the Round of 12 as the last driver in the playoff standings, but is the first driver to clinch a spot in the Round of 8.

Replacing Busch in the bottom spot of the playoff standings is Austin Dillon. He is 32 points behind Alex Bowman, who holds the final cutoff spot.

“Obviously, the 1 car (Kurt Busch) was not a car that we needed to win a race,” Clint Bowyer said after Sunday’s race. “It’s been a hell of a battle back there with cars that are kind of in the same wheelhouse as far as points-wise. (Kurt Busch) winning changes that landscape quite a bit, but we’re only 20 points out.”

Drivers in red are below the cutline to advance to the Round of 8. Drivers in yellow hold the remaining available playoff spots.