Walking down pit road moments after winning the pole for Sunday’s Auto Club 400, his actions captured on Periscope, Austin Dillon turned to a team member.

“Where do we go now?” Dillon asked.

Someone knew. As Dillon coasted down the backstretch after posting a top speed of 188.482 mph, a voice came over the No. 3 team’s radio, “Let’s go get our picture taken.”

Dillon’s No. 3 team hadn’t had its portrait captured as a pole-winning crew since it captured the top spot for the Daytona 500 in 2014 — 76 races ago.

Slugger Labbe, who will crew chief his 459th Sprint Cup race Sunday, would take his first pole-winner photo since 1998 when he earned his first with the late Kenny Irwin Jr. at Atlanta Motor Speedway.

Dillon hasn’t won yet at the Sprint Cup level, but the 25-year old was elated to have a new title next to his name.

“A Daytona 500 pole sitter, now I got a pole somewhere else,” Dillon told Fox Sports 1. “To do it at a driver’s race track like this at Fontana, it means a lot to me … I knew going into that third session if I didn’t make mistakes I would have a shot.”

The pole run knocked Kevin Harvick to second on the starting grid. Dillon was 14th fastest in the first round and third in the second.

“We just kept freeing the car up a little bit there to help ourselves in that third run and it all worked out,” said Dillon, the fourth different pole winner through five races. His Richard Childress Racing teammate, Ryan Newman, will start fourth.

“We’ve wanted to get our cars back to this moment in time to put ourselves in a shot to win a race,” said Dillon, fastest in Friday’s lone Cup practice.

“It’s special to get the 3 car back to where it needs to be,” Labbe told Fox Sports 1. “We want to get the 3 car to victory lane. This is a step in the right direction to get the best pit stall on Sunday. You can’t believe how much work has gone into our downforce package.”

“We got our butts kicked last year, we were embarrassed and we all put our heads down and came up with some new stuff,” Labbe said. “It’s great to see a smile on Richard’s face.”

Dillon’s pole runs continues a hot streak to begin the year. He has yet to finish lower than 11th through four races and is eighth in the point standings. 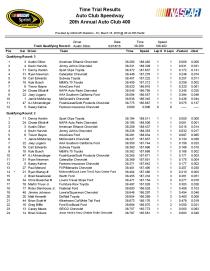 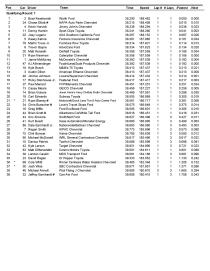