Kurt Busch was fastest in the first of the final two Sprint Cup practices Saturday morning at Phoenix International Raceway.

There was one significant incident during the session. Michael Annett hit hard into the wall when it appeared his front end locked up, sending him into the wall.

“Definitely got down there and the car just didn’t want to turn,” Annett said. “I don’t know if we were on the splitter or if we cut down a right-front (tire). … I cranked on the wheel and it wouldn’t go straight.”

The damage was severe enough that Annett was forced to go to a backup car, the one he planned to use in next week’s race at Fontana, California. 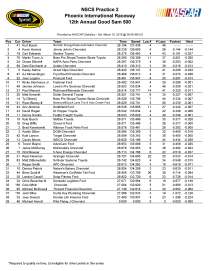 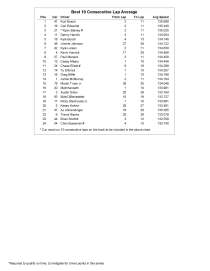