Joe Gibbs Racing continued to dominate Xfinity Series qualifying for the third straight week, as all three of its drivers once again qualified 1-2-3 Saturday at Phoenix International Raceway.

It marked the first time in Xfinity Series history that teammates have qualified in the top three spots for three consecutive races.

“We have fast race cars, that’s for sure,” Suarez told Fox Sports 1. “I’m excited. I feel like we have a big shot. We have another strong car. Hopefully, we can put it in the front.”

Just one incident occurred during the three rounds of qualifying.

Ryan Ellis was on his qualifying run in the first round when he locked up the brakes and slammed into the outside retaining wall, incurring heavy damage on the right side.

Ellis will have to go to a backup car, but it’s uncertain whether his team will have the backup ready for the race this afternoon. 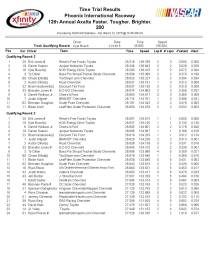 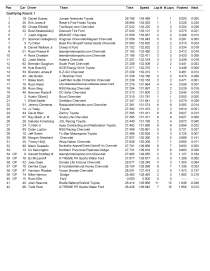