It was a Joe Gibbs Racing sweep of the top three spots in the second of three NASCAR Xfinity Series practice sessions Friday at Phoenix International Raceway.

There was one incident in the session when Ray Black Jr. slammed head-on into the wall between Turn 1 and 2.

That incident, apparently caused by a broken oil line, brought out a red flag as crews cleaned up the damage and removed the wrecked car from the track.

“It just kind of came out of nowhere,” Black told Fox Sports 1. “We were just getting out of the corner and doing our thing, it didn’t turn and knocked the wall down.

“It’s not been a great start for the year for us. I know this team has a lot of hills to come over, but we’ll be fine.”

The team went to a back-up car as a result, the same car that was to be the primary car for next week’s race at Fontana, California. 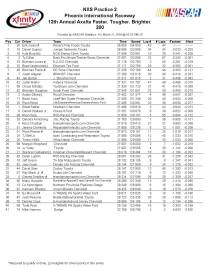 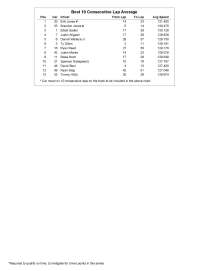