Edwards’ speed of 188.851 mph followed his chart-topping speed in the day’s first practice. Edwards is in a backup car after a qualifying accident on Friday. The backup is the car used by Denny Hamlin to win at Chicagoland Speedway last season.

Kenseth and Busch were part of a four-team Goodyear tire test at Las Vegas in January. 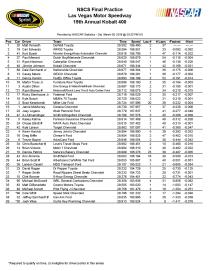 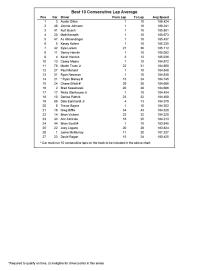