Kurt Busch captured his second consecutive Sprint Cup pole, and did so in his hometown, clocking a field-best speed of 196.328 mph and 27.505 seconds (both track records) Friday at Las Vegas Motor Speedway.

Busch will take the green flag in Sunday’s Kobalt 400 at the 1.5-mile track, a place where he has never won at (although brother Kyle did so at LVMS in 2009).

It was Kurt Busch’s second career pole at his home track and the 21st of his Sprint Cup tenure. Kyle Busch won the pole last week at Atlanta, but his effort was disallowed, moving Kurt Busch from the outside pole to the pole to start that race. 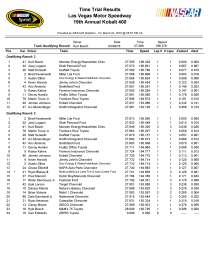 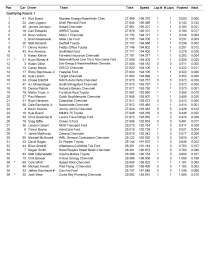