The green flag for Saturday’s Boyd Gaming 300 will fall at approximately 4:16 p.m. ET.

Also, it was announced that Dylan Lupton withdrew from Saturday’s race due to what the team calls “a corrective technical glitch.” Lupton will race next week at Phoenix and will add the NXS race at Texas Motor Speedway on April 8 to his schedule to fulfill a three-race agreement with RSS Racing.

Here’s how the final Xfinity Series practice played out: 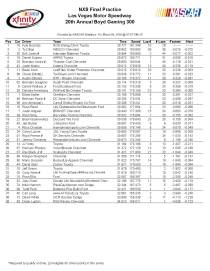 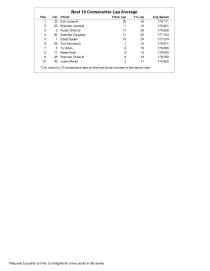