The first of two Sprint Cup test sessions at Las Vegas Motor Speedway finished with Jimmie Johnson, the winner at Atlanta on Sunday, atop the speed chart. 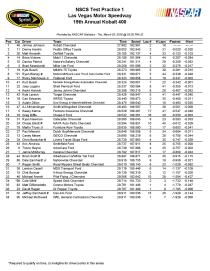 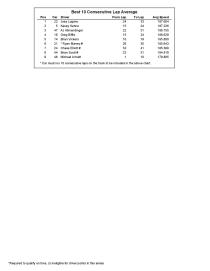