Grant Enfinger has certainly and quickly taken to competing in the NASCAR Camping World Truck Series.

The defending ARCA series champ, in his rookie season as a NASCAR Truck competitor, earned the pole last week in the season opening race at Daytona.

Friday at Atlanta, Enfinger was fastest in the first practice session and then doubled up by being the fastest in the third and final session of the day,with a speed of 178.775 mph.

Now all that’s left for the Truck Series drivers is qualifying Saturday and then racing later in the afternoon in the Running Great Clips 200 at AMS.

Here’s how the final practice session for Trucks played out: 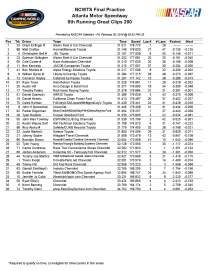 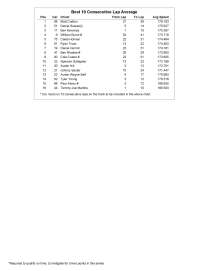