Grant Enfinger’s rookie season in the NASCAR Camping World Truck Series is off to a great start.

The defending ARCA Series champion, who will compete full-time in the Truck Series in 2016, will start tonight’s season-opening NextEra Energy Resources 250 on the pole.

Ben Kennedy, grandson of the late Bill France Jr., and son of International Speedway Corp. CEO Lesa France Kennedy, suffered what appeared to be an engine problem and was unable to complete a qualifying run.

The NextEra Energy Resources 250 is set to take the green flag tonight at 7:30 p.m. ET. The race is scheduled for 100 laps around the 2.5-mile superspeedway, for a scheduled total of 250 miles – barring any additional green-white-checker periods.

Here’s how qualifying played out. 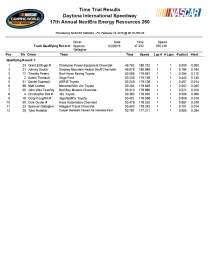 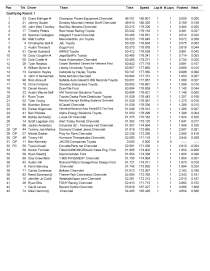