There was one significant issue of note during the session: Scott Lagasse lost control on his first lap and slapped the wall, suffering moderate damage to his truck. 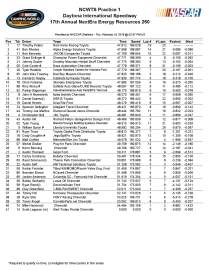 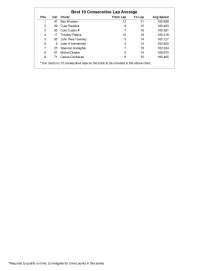