Michael McDowell, one of eight drivers in “open” cars (teams without charters) was the fastest in the first practice session. He was the only driver to top 200 mph with a speed of 200.17 mph

During practice, NASCAR announced that Bayne and Biffle would both start at the rear of the field in their qualifying race for changing a rear gear.

Here’s the rest of the speed chart. 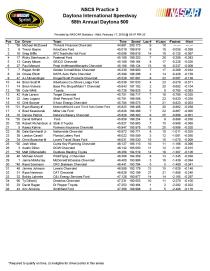 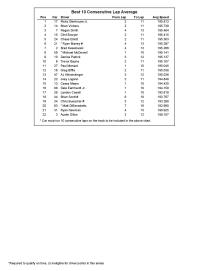