Ford unveiled its updated Fusion for the NASCAR Sprint Cup Series on Monday at the North American International Auto Show in Detroit.

The Ford Fusion that will race this season has been reshaped to mirror the 2017 Ford Fusion production car. The latest adjustment marks the third major body change for Fusion with NASCAR allowing manufacturers to include more brand-specific characteristics with their stock cars.

The car makes its public debut on the track Tuesday in a Goodyear tire test at Las Vegas Motor Speedway. Brad Keselowski will drive the car for Team Penske.

“There’s no mistaking we’re here to win races and championships,” Dave Pericak, global director of Ford Performance, said in a statement from the manufacturer. “And we believe the new NASCAR Fusion will be a powerful tool in the hands of our teams and drivers.

“Aerodynamics are more important than ever at the speeds these cars run, so we used some of the best wind tunnel and computational fluid dynamics technology available to create this new Fusion. Fortunately, the Ford design team gave us a great car with which to start.”

Ford describes the Fusion, entering its 11th season in NASCAR, as appearing more aggressive. The Fusion has won 71 Sprint Cup races since debuting in 2006, including four of the last seven Daytona 500s.

Ford also notes among the changes this year is that NASCAR is requiring all teams to use a digital dashboard, which can switch between as many as 16 preset screens to display information that can be shown either in bar graph, numbers format or the standard gauge and needle.

Ford also notes it has refined its technological program with the Ford Performance Technical Center, which opened in 2014 and features a state-of-the-art full-motion simulator.

“The technical center and the full-motion simulator have been great tools for our teams and engineers,” Pericak said. “As important as aerodynamics are in NASCAR, it’s also imperative the computer simulations that assist the teams in arriving at the track with a proper setup are best-in-class as well. We’ve worked very hard the past year to refine our simulation tools to create a real benefit to our race drivers, as well as the drivers of our new passenger vehicles.”

Here’s a look at the new car: 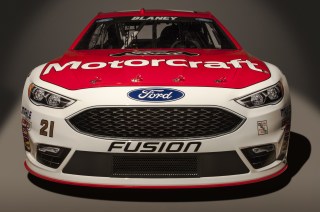 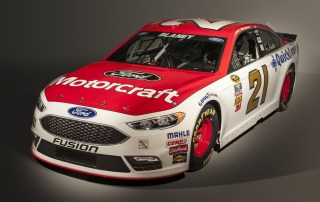 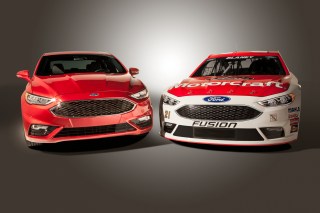