Hendrick Motorsports will honor Jeff Gordon‘s final Sprint Cup start this weekend in Homestead-Miami Speedway by having the familiar “Jeff Gordon yellow” for the numbers on each of the team’s other three cars.

“I’m excited to run the yellow numbers for a lot of reasons,” Kasey Kahne said in a statement from the team. “I want to show my respect for Jeff and what he has accomplished as a driver as well as what he has done for the entire sport.”

Said Jimmie Johnson in a statement: “It’s just a great tribute to Jeff and all he has done for this organization and even for me personally. If it wasn’t for him, I might not be where I am today. I think it’s going to be really cool-looking for all of the teammates to run the yellow and a fitting tribute to a true champion.”

Said Dale Earnhardt Jr. in a statement: “Jeff has done so much for this sport over the years that I personally like to see the respect and appreciation that he has been shown throughout the season, especially as it has ramped up toward the end of the year. He deserves every bit of it.”

Here’s a look at Gordon’s car for Homestead and what each of his teammates will be driving with the yellow numbers on their car. 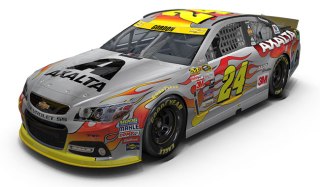 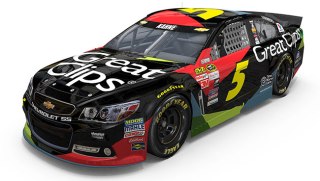 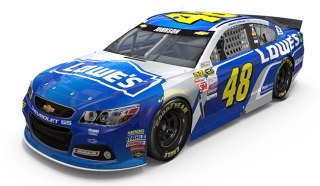 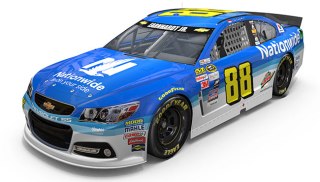