Kurt Busch, who will start Sunday’s race second, posted the fastest single lap in practice Saturday morning at Phoenix International Raceway with a lap of 139.627 mph. 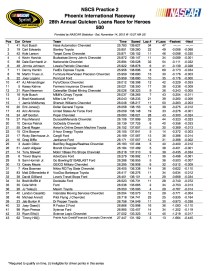 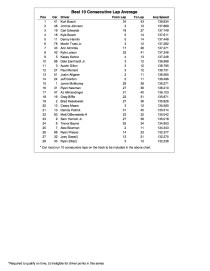