For the first time in more than 50 races, Jimmie Johnson will sit on the pole for a Sprint Cup race.

Less than week after ending a winless stretch dating back to June, Johnson earned the pole for the Quicken Loans Race for Heroes 500 at Phoenix International Raceway.

“We didn’t have the summer that we wanted but these guys have been working so hard on the 48 team and at Hendrick Motorsports,” Johnson told NBCSN. “Very happy to see our progress and the direction things are going. It’s been a little bit everywhere. We keep doing that, we’re going to close out the season the way we want to.”

“The old Phoenix was good to me,” Johnson said. “This new Phoenix has been a lot harder on myself.”

Johnson’s pole is noteworthy because he is no longer part of the Chase for the Sprint Cup after being eliminated following the first round.

Starting second will be Kurt Busch, the highest of the remaining eight drivers.

“Really pleased with the effort Tony Gibson and all the aero guys put into the car,” Busch told NBCSN. “I’m like, ‘Aero? Really? We’re at a mile race track.’ But everything matters. Everything adds up.”

Both Team Penske drivers, Brad Keselowski and Joey Logano, failed to advance to the final round. Logano will start 14th and Keselowski 18th. Both are currently in the bottom four of the eight remaining in the Chase for the Sprint Cup.

In his second race replacing the suspended Matt Kenseth, Erik Jones will start seventh for his second consecutive top-10 start. 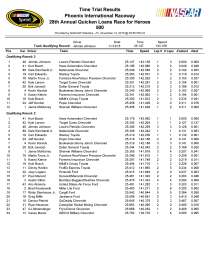 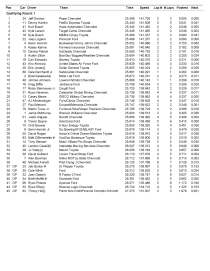