With one pass for the win Jimmie Johnson put Team Penske in a corner when it comes to who will join Jeff Gordon in the championship round of the Chase for the Sprint Cup.

Both Joey Logano and Brad Keselowski find themselves on the outside of the final four. Logano, who has a series-high six victories, is 63 points back from the cutoff spot after his crash at Martinsville and an accident at Texas from a shredded tire. The only way Logano can reach the championship round is by wining the next race at Phoenix International Raceway.

Keselowski is seven points back from Martin Truex Jr. in fourth after finishing second to Johnson in a race where he led 312 laps.

Joining the Penske drivers in the bottom four is Carl Edwards and Kurt Busch. 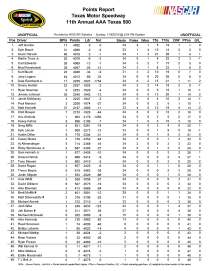 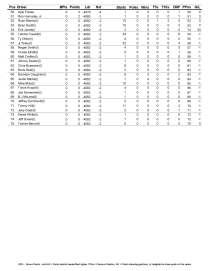