The race represents the start of the third round of the Chase for the Sprint Cup. 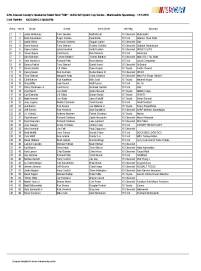