Keselowski, who was fastest in Friday’s practice and earned the pole for Sunday’s Hollywood Casino 400, clocked a top lap around the 1.5-mile track at 189.960 mph.

Matt Kenseth was second fastest at 189.215 mph, while the third and final driver who surpassed the 189 mph mark was Keselowski’s Team Penske teammate, Joey Logano (189.062 mph).

Here’s how the practice session played out: 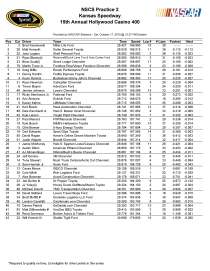 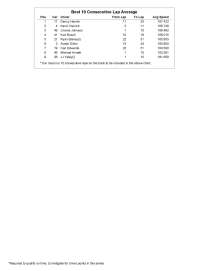