After being fastest in practice earlier in the day, Brad Keselowski doubled up by winning the pole for Sunday’s Hollywood Casino 400 at Kansas Speedway.

However, because his team has received four written warnings from NASCAR for recent inspection violations, Keselowski will not have the No. 1 pit stall for Sunday’s race. His team forfeits its position to pick pit stalls because of those warnings.

Ten of the first 12 qualifiers are Chase drivers.

Charlotte winner and points leader Joey Logano failed to make it out of the second round and managed a top speed of 194.035 mph. 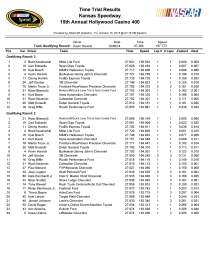 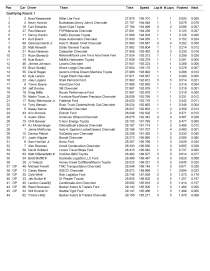