Matt Kenseth earned his fourth pole position of the season and 17th of his career, taking the top spot during Thursday’s Sprint Cup qualifying at Charlotte Motor Speedway.

“It was a heck of a lap,” said Kenseth, who also won the pole at Charlotte for this past May’s Coca-Cola 600. “I knew I had a lot of speed. … I knew it was pretty fast. We only did qualifying. We have 500 miles on Saturday night.”

Busch said of his Joe Gibbs Racing teammate, “Matt Kenseth, he’s way better than me. He got more out of it than I did tonight.”

Nine of the top 12 qualifiers are in the Chase for the Sprint Cup, with non-Chasers Greg Biffle (fourth fastest at 192.947 mph) and Aric Almirola (ninth, 192.226) making the field.

Also making it in the top 12 was Jimmie Johnson, who was eliminated from advancing in the Chase after Sunday’s race at Dover. Johnson’s qualifying speed was 192.507 mph, good for seventh on the grid for Saturday night’s race.

Drivers who struggled in qualifying include Tony Stewart, whose speed of 186.754 left him 36th on the starting grid. 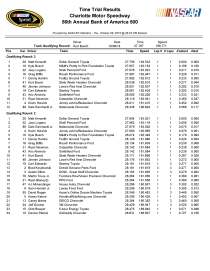 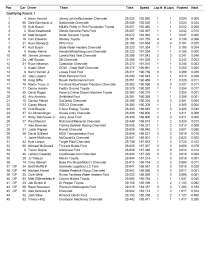