There are 45 cars entered into the Bank of America 500 at Charlotte Motor Speedway, the first race of the second round in the Chase for the Sprint Cup, which can be seen on NBC.

This is the second visit by the Sprint Cup Series to the 1.5-mile track this year.

Carl Edwards won the Coca-Cola 600 in May and Kevin Harvick won the fall race last year on the way to his championship. 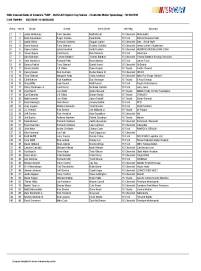