With a speed of 137.980 mph, Carl Edwards won the pole for Sunday’s Sprint Cup race at New Hampshire Motor Speedway.

By claiming the top spot for the Sylvania 300, Edwards completes a sweep of the poles at Loudon this season. It’s his 16th-career pole and his second of the year, giving him multiple poles for just the second time since earning three in 2011.

Edwards had been fastest in the first practice session on Friday.

“The car was super fast in practice,” Edwards told NBCSN. “We knew qualifying here would be important, so we worked on that a lot today … I’m starting to really enjoy coming to New Hampshire.”

The top five will feature all Chase competitors with Kevin Harvick, Kurt Busch, Brad Keselowksi and Jimmie Johnson following Edwards to the green Sunday on NBCSN. Edwards had the 11th fastest speed at the end of round two.

“It’s a tough place to decide where to be aggressive,” Edwards said. “This place is simple, so it’s pretty straight forward, but one little mistake here or there can cost you a lot. I really had to step it up.”

Two JGR cars failed to make it to the final round of qualifying. Matt Kenseth will start 13th, while Kyle Busch, the winner of the July race at NHMS, will start 17th.

After a summer full of speed issues, all four Hendrick Motorsports cars will start in the top 12 Sunday in the first race of the fall. 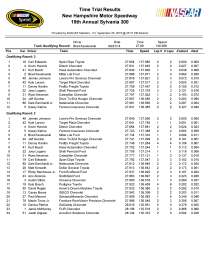 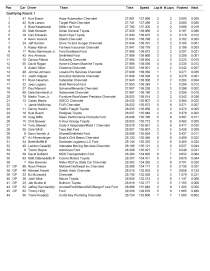