After clinching a spot in the second round of the Chase for the Sprint Cup with his win Sunday at Chicagoland Speedway, Denny Hamlin trails Joe Gibbs Racing teammate Matt Kenseth by two points in the driver standings.

Behind Hamlin’s nine spots, the driver to gain the most ground in the standings was Ryan Newman. The Richard Childress Racing driver, who is winless this year, moved up six spots to eighth after finishing fourth. 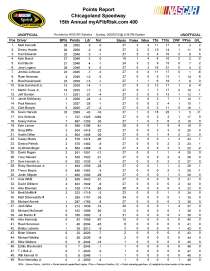 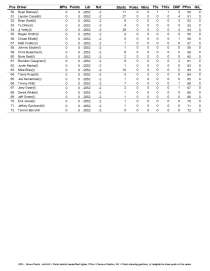