Matt Kenseth became the third driver to earn four wins in 2015 with his victory in the Federated Auto Parts 400 at Richmond International Raceway, the Sprint Cup’s regular season finale that set the field for the Chase for the Sprint Cup. 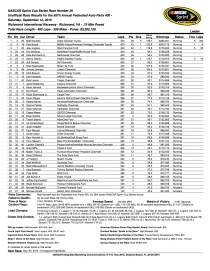