DARLINGTON, S.C. – Brad Keselowski will start from the pole position for the first time this season, qualifying first for Sunday’s Southern 500 at Darlington Raceway.

“It’s probably the biggest pole I’ve ever had as far as what the track means,” Keselowski said. “It’s hard to explain to outsiders of the sport, but I’ve always thought of Darlington as one of the elite tracks in NASCAR. I feel like it’s top two or three as far as what it means.

“This track is so challenging. You make one little mistake, an dyou can take a fast race car and make it a wall of wrecked metal.”

That was the case for Danica Patrick, who slammed the wall with her No. 10 Chevrolet while trying to beat the clock at the end of the first session. The Stewart-Haas Racing driver will start from the rear in a backup car. 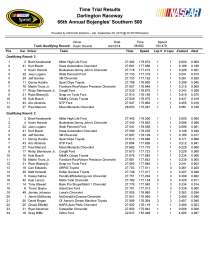 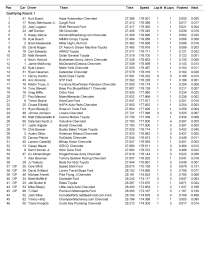