The practice session was red-flagged twice, first for a rabbit that was running loose on-track. The second stoppage was approximately 41 minutes due to rain.

There was one significant incident of note: Late in the session, Daniel Suarez backed his truck into the outside wall, prompting the team to go to a backup truck for qualifying later this afternoon. The team was unable to get the back-up truck on track in time for the final minutes of the session.

Rain began once again at the conclusion of the practice session, with forecasts of continued rain throughout the afternoon, which could impact qualifying, which is scheduled for 4:45 pm (Fox Sports ). 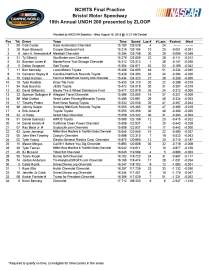 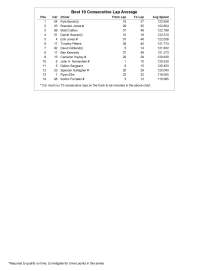