With a speed of 133.441 mph, Daniel Suarez  captured the pole for the Xfinity Series’ U.S. Cellular 250 at Iowa Speedway for his second pole of his rookie season.

Suarez had been the fastest in the first of two practice sessions on Friday.

“It was getting better and better,” Suarez told NBCSN. “Using the same set of tires for the first, second and third round, you have to find something different for the first two rounds to be good in the last one. That is the one that counts.”

Suarez’ first pole came in the July race at Daytona. The Mexico native now looks for his first Xfinity win.

“For sure it’s an opportunity, all those Cup guys are tough, we all know that,” Suarez said. “Those guys are super fast and we’ve had opportunities to learn from them. The opportunity is right now, they are not here, they are racing in Pocono.”

Herring was qualifying in the place of Erik Jones, who will have to start at the back of the field.

Kenny Wallace, who is making his final NASCAR start in the No. 20 for Joe Gibbs Racing, will start in seventh.

“I’m not sad at all,” Wallace told NBCSN. “I’m looking at this as a celebrating (904) NASCAR starts. I was a kid growing u in St. Louis, Missouri, downtown, off Jefferson St. … are you kidding me? (904) NASCAR races? I think a lot of us get busy trying to think ‘Are we going to be Jeff Gordon? Are we going to be Kyle Busch?’ Hell, I was was never one of those guys.” 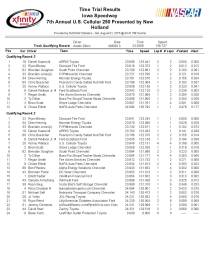 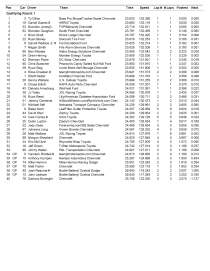