“I’m glad I’m going to be the one leading it out-front,” Busch told NBCSN. “I’m looking forward to it. You definitely have to keep it out front, stay out front, get some good pit stops and do everything right.

“It’s not over until it’s over, but this is a good start.”

It marks the third straight year that Busch has won the Xfinity pole at IMS. It also is Busch’s 44th career pole in 301 Xfinity Series races, and his first pole in the series in 2015.

Busch is also looking for his second career Xfinity win at Indianapolis, having won there in 2013.

Today’s race begins at 3:30 pm ET and you can see all the action on NBCSN. 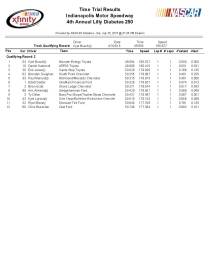 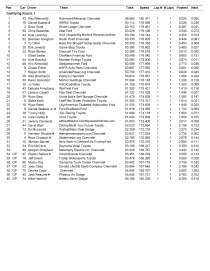