As a result, the two Stewart-Haas Racing teammates ended the final practice 1-2 on the speed chart.

Kyle Larson, who had held the top speed for much of the session until Busch and Harvick passed him, wound up as third-fastest at 181.357 mph.

Jimmie Johnson, who struggled in the first practice session in the morning, came back to end up as the fourth-fastest driver at 180.697 mph.

The Sprint Cup cars will be back on track Saturday but just for qualifying for Sunday’s Brickyard 400.

Here’s how the weekend’s final practice played out: 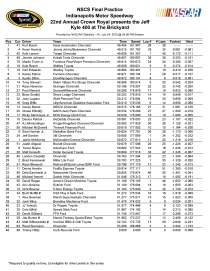 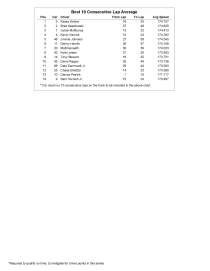