Cole Custer will be making his fifth start of 2015. 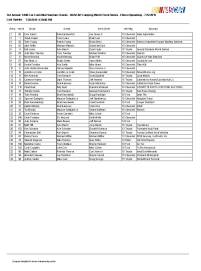