Despite missing the first 11 races of the season, Busch has won more races than any other driver this season except Jimmie Johnson, who has four wins.

Busch pitted only three times during the race and led 95 of the 301 laps. Brad Keselowski placed second with Kevin Harvick third. 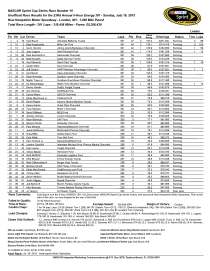