There are 44 cars on the initial entry list for the Sprint Cup Series’ New Hampshire 301 at New Hampshire Motor Speedway, which airs Sunday on NBCSN.

The 44th car on the entry list is the No. 98 of Josh Wise, who announced Monday he had left Premium Motorsports after Brendan Gaughan, driver of the No. 62, had left last week. On Tuesday, the team revealed that Timmy Hill and Reed Sorenson would drive the 98 and 62, respectively. 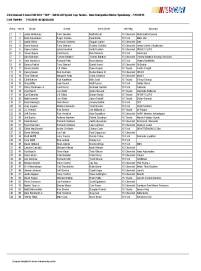