There are 39 cars entered for the NASCAR Xfinity Series’ Lake Region 200 at New Hampshire Motor Speedway, which airs Saturday on NBCSN.

While Timmy Hill is listed as driving the No. 26 for JGL Racing, Mike Wallace announced on his Facebook page on Friday that his son, Matt Wallace, would be making his Xfinity Series debut in the car this weekend.

The last six Xfinity races at New Hampshire have been won by Keselowski (two) or Busch (four). 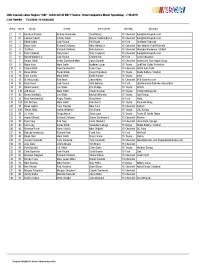