JJ Yeley was the fastest driver in the only Xfinity Series practice session Thursday at Kentucky Speedway.

Issues with track weepers prompted NASCAR to cut the Xfinity Series from two scheduled practices to one. Qualifying takes place at 3:30 pm ET Friday with the Kentucky 300 race slated to go at 7:30 pm ET.

The Camping World Truck Series UNOH 225 race is still scheduled to take place later tonight, with the green flag slated to drop shortly after 7:30 pm ET. The race will be televised on Fox Sports 1.

Here’s how the sole practice session played out: 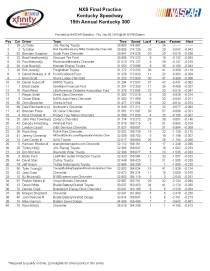 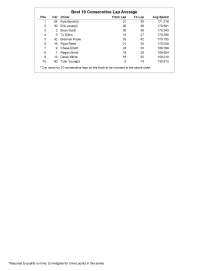