Kasey Kahne, who was involved in one of the four big wrecks in the race, also dropped three spots in the rankings to 11th place.

Jeff Gordon, appearing in his final race at Daytona, climbed one spot to 10th in the standings.

Here’s how the Sprint Cup standings look after Sunday’s 17th race of the 36-race season: 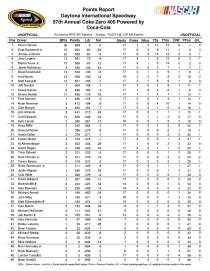 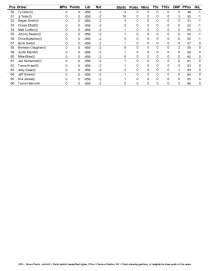