The catch fence did what it was supposed to do. When Austin Dillon‘s car tumbled toward the stands, the fence kept the car from flying into the crowd.

Debris caused five fans to be treated for injuries – four at the track and one at a local hospital. The fan taken to Halifax Health Medical Center was released about two hours after the race. This marked the second time since Feb. 2013 that fans had been injured. In Feb. 2013, about 30 fans were injured when Kyle Larson‘s car flew into the fence in an Xfinity Series race.

“I’m really proud of the fact that the fence worked and the additional safety enhancements of the Daytona Rising project did its job,” said Joie Chitwood, president of Daytona International Speedway. “We’ll take this situation, we’ll learn from it, we’ll analyze it, and we’ll round up our engineering team and see if there’s any additional things we can learn to get better the next time.”

Here are pictures of the damaged fence. 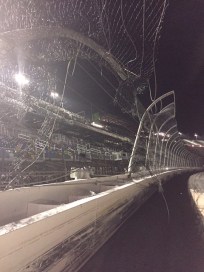 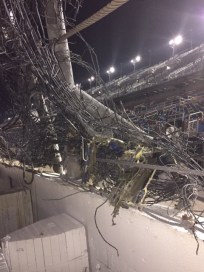 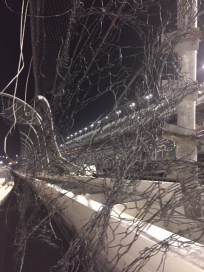 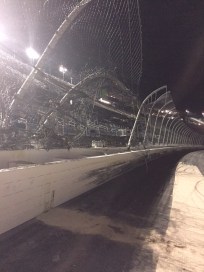