Danica Patrick, with a speed of 198.133 mph, led a Stewart-Haas Racing sweep of the top-four spots in the final practice session for Sunday’s Coke Zero 400 at Daytona International Speedway.

Kurt Busch recorded the most laps in the session with 25.

After being involved in a nine-car crash in the first practice session, Kyle Busch was 13th fastest in a backup car.

Qualifying for Sunday’s Coke Zero 400 is scheduled for Saturday at 4:35 p.m. ET on NBCSN. 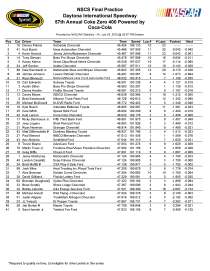 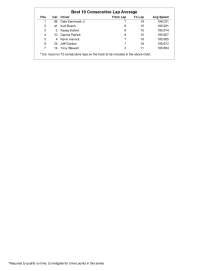