Jones qualified No. 1 with a top truck speed of 136.193 mph. It was Jones’ fifth career pole in the Truck Series.

“Hopefully we can keep it up at where we started,” Jones told Fox Sports 2. “It’s been a long month. We’re still charging and we’re not slowing down.”

He hopes to win tonight’s race and then double-up Saturday night with a win in the Xfinity Series race at Chicagoland Speedway on a rare off-weekend for the NASCAR Sprint Cup Series.

John Hunter Nemechek had a strong run (135.490 mph), earning the outside pole, his highest career start (16 races) in the Truck series. 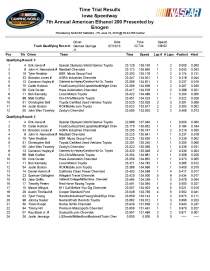 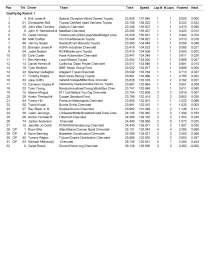